An unexpected Diamond in The Academic Rough: Research Careers at Small Undergraduate Universities 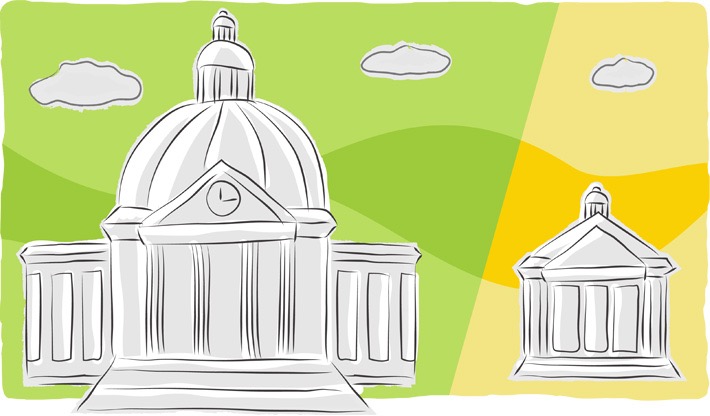 For PhD students and postdocs aspiring for a long-term career in academia, the initial thought is to start planning for self-funding to strengthen professorship applications to a University or research institution. Yet, there is more than meets the eye when it comes to selecting an academic institution that goes beyond funding opportunities. At the virtual iJOBS event Academic Careers in Undergraduate Institutions the discussion panel was comprised of established and new undergraduate faculty who lead a critical discussion about the benefits and compromises of working at smaller research undergraduate institutions compared to larger R1 ranked universities and what it entails. The topics of perseverance and drive were common themes throughout panelist talks for those pursuing careers at these institutions and academia in general. Panelists did emphasize the joys of working at smaller institutions though and gave helpful advice on how to get there for students interested in this path.

One great aspect of virtual iJOBS events is the ability of large audiences to attend and the use of “breakout rooms.” In this format panelists can discuss questions with the audience directly, which results in more stimulating discourse. Leading the panel as always was iJOBS program director and RWJ Medical School Associate Dean Dr. Janet Alder, who introduced panelists working at a variety of universities but whom all originated from the Rutgers community. Panelists included assistant professors Dr. Abby Hare-Harris of Bloomsburg University, Dr. Aaron Milstein of Rutgers University, Dr.Tara Cominski of St. Elizabeth University, Dr.Srujana (Sam) Yadavalli of The Waksman Institute, and professor Dr. Matthew Wund of TCNJ. Each panelist was assigned a private room where students could just start shooting questions out which I thought was great and helped the panelist get right to it.

“You have to love teaching for sure!”, said Dr. Hare-Harris about working at a smaller university. She described a high coursework teaching load at Bloomsburg university as one with 4 classes per semester. “At a smaller institution like mine, salary is based on how much you teach vs an R1 school where salary is based on grants you make to pay yourself,” she proclaimed. To be clear, the difference between what constitutes a large university vs a smaller one essentially comes down to numbers of research income and program sizing. According to the Carnegie Classification system of higher education, “R1” universities now classified as “Doctoral Universities” include institutions that award at least 20 scholarship/research doctoral degrees a year and have at least 5 million USD awarded for research purposes. Universities smaller than “R1/R2/ D/PU “Doctoral Universities” classification, fall under different categorization of “masters and Baccalaureate/Associate's Colleges.” Although this system has been continuously revised since its establishment in 1970, it will be updated again later this year in 2021 so definitions may alter slightly. But still, I thought that was a major difference in earning salary in the academic world that could be a major appeal to professors especially when funding opportunities are continuously competitive and never fully assured to applicants.

Professors also discussed their enjoyment in cultivating an environment for younger undergraduate students to pursue research opportunities in higher education. In the breakout room that I primarily attended with Dr. Hare-Harris, she emphasized her excitement about working with students early on and eventually recruiting them to do master thesis work in her lab. She described it as fulfilling and one of the more intimate ways to train and inspire the next generation of STEM researchers. I personally saw this as a very strong and positive point for working at a smaller university. I was inspired to pursue doctoral research because of a close-knit training/learning environment fostered at my smaller undergrad research institution like what Dr. Hare-Harris described.

In another breakout room, Dr. Yadavalli discussed the logistics of how she got to her position and how the real transition period to professorship in academia began with her completing a post-doc. “As a post-doc, say what you want to do and discuss your career goals with the PI so they can help guide you to your ultimate end goals”, she said. Being able to operate a research project much more independently as a post-doc and potentially bring in your own funding lays the groundwork for a successful faculty application. When pressed further about the actual application process for a post-doc, Dr. Yadavalli said to reach out to potential PIs for an initial contact and to be ready with an elaborate and complete application in hand. “Say how you would be beneficial and what you have to offer them as well, and sometimes PIs don’t get back right away, but persist by reaching out again 1-3 weeks later and it will remind and show them you are serious about the position,” she said. For most panelists who attended, a strong post-doc experience along with some self-funding and perseverance eventually got them to where they are today.

Overall, I was surprised about the many positive aspects of academia at smaller institutions. I initially thought most researchers would want to flock to strong research- driven universities and continuously chase grants. Although I think faculty at both still do chase funding and that it requires a lot of time and dedication to attain professorship positions, there is an intimate kind of charm in how these panelists described working at their home institutions. The thought of immersing myself in teaching and providing hands- on training to young scientists would attract me to the same type of environment if I decided to go into academia. The advantages did stack up to those of larger universities that I summarized from the event below. This iJOBS panel offered a lot of positive feedback to their audience and encouraged attendees that they, too, could succeed in smaller academic research institution with some time, perseverance, and hard work.

This article was edited by Senior Editor Brianna Alexander

A Deep Dive into The Oft-Asked Question: What Can You Do with A PhD?