This Fall, the School of Graduate Studies (SGS)  participated in the Annual Biomedical Research Conference for Minoritized Scientists (ABRCMS) which took place November 9 - 12 in Anaheim, California. 2022 marked the 20th anniversary of the conference and SGS was recognized for its participation every year!

Several RISE at Rutgers alums as well as current and past SGS graduate students were present and/or presented their work at the conference. We would especially like to congratulate RISE 2022 alums Faythe Cooper (participant in RISE and in the SURF partner program in Toxicology and Pharmacology) as well as Angela Appiah Kubi (participant in the RISE partner program Cellular Bioengineering REU) for winning best presentation awards.

The included photos from the conference depict SGS staff, faculty, and several graduate students and RISE alums. We look forward to connecting with more of our RISE alums and current SGS fellows at future conferences and events. 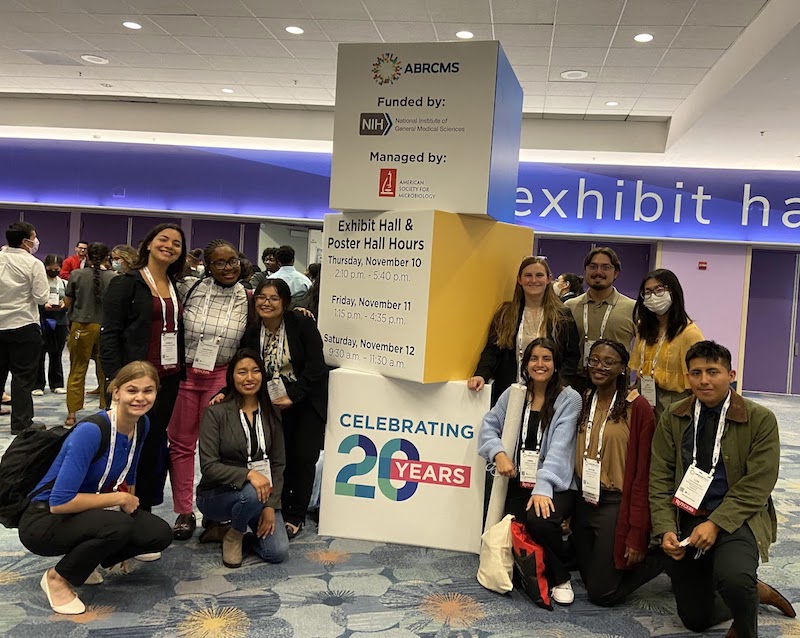 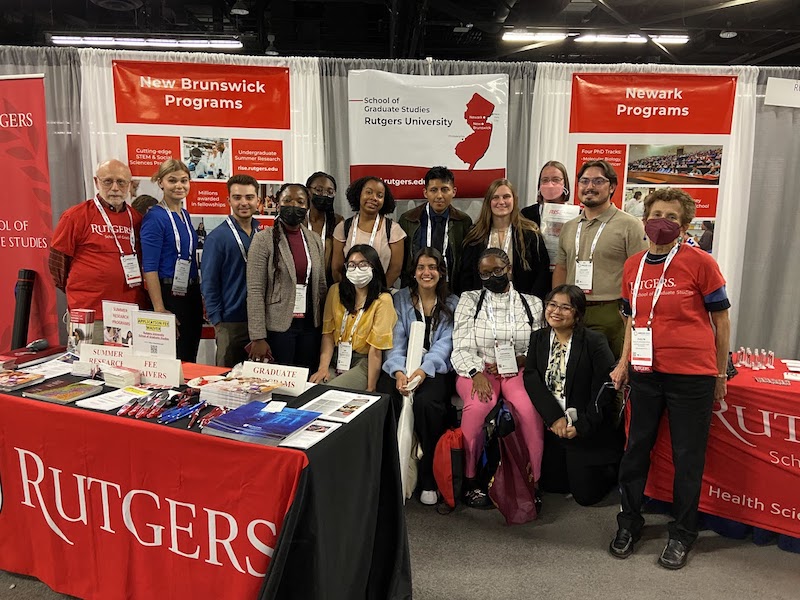